Mrs Johnson looks at her out of control class in exasperation, the boys bouncing around their desks pulling at the pigtails of the girls in front of them.

“Shut up, you bunch of hooligans.  Peter get back to your desk, Johnny leave Martha alone and Tommy, don’t think I can’t see what you’re doing under your desk!  I have had enough!”, she yells as she feels her chest tightening as her blood pressure rockets up.

Finally able to take a break with her fellow teachers in their breakroom she vented to anyone who cared to listen about her unruly charges – a position she was not alone in as many other of her colleagues were at their own wits end.

But just before the bell rang, Mike pulled her aside.

“I know exactly how you feel, Carla.  My kids had almost driven me out of the profession.  I was about to throw the towel in when my brother-in-law asked whether I’d tried Zombilin.  You see, Matt works with Big Pharma and he said that there have been great advances in treating children of ill discipline.”

“He snuck a few samples out for me – they’re made to look like smarties so all I had to do was leave one on each kids desk and tell them it was a treat.”

“It was amazing.  Within minutes a quiet had descended on the class and nobody fidgeted so much as a finger, and best of all, they all did their work quietly without any unnecessary creativity.  I have looked back,” smiled Mike.

“But what about their parents, “ asks Carla, “aren’t they concerned that you’re giving their kids medicine?”

“Nope, “ Mike smirks, “ the few complaints I got back was that the kids seemed to be making it up for the energy they didn’t get to release in class at home.  So I offered them some Zombilin and now I have happy parents – I’ve even had some dads thank me because now their wives have more time for them.” He chuckled with a knowing wink.

“Where can I get this Zombilin?” Carla asks, feeling a sudden lightness as she envisages a class full of well behaved children.

“I’ll give you Matt’s number and put in a good word for you – and then maybe we can spend some free time together.”

When we hear talk of ADHD and treating children (and adults) with stimulants such as Ritalin and Adderall this story tends to be the narrative that informs parents as to the dangers of using stimulants.

The case against medication

Three reasons are often given:

Let’s be honest.  In the early days of treating ADHD with stimulants there is a reasonable case to be made for the abuse of treatment, an over diagnosis of ADHD and the lack of appropriate dosing.

We cannot ignore these facts when attempting to demythify the treatment of ADHD, and it is only in owning these facts that we can legitimize the argument for the use of stimulants in the treatment of ADHD.  And, in Dr Russell Barkley’s assessment, the sooner we can start treating ADHD appropriately with the correct medication and dosage the better the outcome over the lifetime of the individual.

The rise of the Zombie Child

ADHD had long been associated with its one presentation – hyperactivity (or, as I’ve recently discovered ICD F90.9 still refers to it as Hyperkinetic Disorder) – and this maligned presentation led to a murky history of associating unruly behaviour with the condition.

It is true that ADHD is not the result of bad parenting, nor is a child with ADHD a child with deviant behaviours, but what was not true at the time was not all hyperactive behaviour is the result of ADHD.  In some case the children misbehaved because of poor parenting, or just because they were brats – and the problem was that there was an overreaction and an overdiagnosis of ADHD as a result of the lack of a critical diagnosis.

Ritalin enters the picture as a panacea for hyperactivity with the result that some children who did not have ADHD (but were diagnosed as having) were prescribed it as treatment.   And, in not fully understanding the role stimulants play in an ADHD brain, more was considered better than less as a one size fits all – the concept of individualized dosage monitoring has not yet been explored. 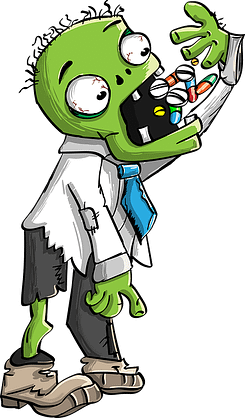 And its is this that led to the rise of the Zombie children – not the Ritalin as a medication – but rather its misapplication.

* ADHD medication for kids: Is it safe? Does it help?

By and large one of the biggest challenges for people with ADHD is the association of our treatment with the world of illicit drugs and the volume of misinformation that persists as to the abuse of stimulants.

What makes this area even more challenging than the zombie myth is that the medical fraternity themselves are guilty of perpetuating this misinformation and add to the stigmatization of people choosing to medicate their condition. 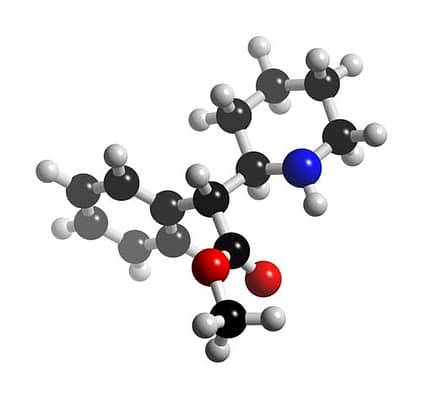 It is not uncommon for medical professional to assume, without any supporting evidence, that a patient seeking a diagnosis is doing so on the basis of wanting access to stimulant medication – and it is often with this attitude that adults who desperately need help are too scared to ask for it in fear of being stigmatized rather than diagnosed.

On the other hand, this same medical fraternity still relies on old data in supporting their outmoded ideas and have not kept pace with the rigorous studies that have been done on the role of stimulant and addiction.  Increasingly the literature is supporting the premise that people with ADHD that are appropriately treated with stimulants are in fact less likely to find themselves addicted to other substances and is therefore not a gateway drug – it functions better as a gatekeeper.

It would be worth offering a personal anecdote on the role stimulants play(ed) in my addiction and my experience with a medical professional’s outmoded belief.

When I was diagnosed with ADHD in rehab my attending psychiatrist prescribed Ritalin, and, as we were in a clinical setting, monitored an appropriate dose response.  I left rehab on 20mg twice a day Ritalin (or methylphenidate because name brands are unnecessarily exorbitant) which in the early stage of treatment was effective.  Not only had it improved my focus but as I adjusted back to normal life I found that I did not find myself drawn to alcohol nor did I have any uncomfortable cravings – and this persists until today (of course, that is a very simplistic view but I do credit my meds as being a crucial element of my addiction treatment which I would unpack at another point).

But I would be floored a few months on when we had decided to get my son tested for ADHD given its genetic potential.  I had done my homework and looked for a psychiatrist respected in their field for treatment of ADHD with children.  At the first visit I soon realized that our relationship was not starting off well because of 2 statements she made –

“I only have your word that you were diagnosed with ADHD” – on its own a bizarre enough statement, and later, “I don’t understand how a psychiatrist could give you stimulants as an active addict – that’s not what we teach” – and would note when I mentioned my attending psychiatrist that she herself had taught him.

And it was the latter that actually floored me – because at this point I was crediting Ritalin for in fact saving me from my addiction.  Secondly, I had read and used one of her papers to enforce my medication being approved for chronic and, while not clearly stating the above fact, her position in the paper was recognizing that ADHD left untreated makes us more susceptible to substance abuse.

Research is still ongoing in this area but the existing data suggests, as my own experience indicates, that the role stimulants play for people diagnosed with ADHD leans to the conclusion that the benefits outweigh the concern.

*Pharmacotherapy for attention-deficit/hyperactivity disorder (ADHD) decreases the risk for substance abuse: findings from a longitudinal follow-up of youths with and without ADHD

I’ve intentionally used the “Qanon” term for demonizing an entire industry as self serving greedy capitalists that create conditions which they can then monetise with their little pills.

We certainly don’t hear an outcry when medication meant for heart conditions had a curious side effect viz. instant erections.  That the little blue pill would become a sought after medication for erectile dysfunction sufferers and recreational Adonis’s was greeted with much mirth and titillation.

Here’s the thing – some of the criticism of Big Pharma is warranted, and in some cases they’ve certainly added fuel to the fire, but like with most conspirational theories one has to guard against perpetuating half truths as the gospel thereby rendering access to much needed medication difficult for those who need it. 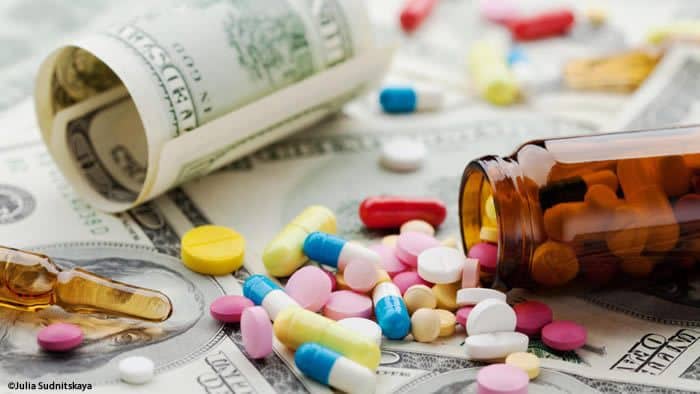 ADHD, if treated appropriately with the necessary medication – including stimulants – AND in conjunction with behavioural therapies has shown a significant improvement in symptoms.  In fact, the literature for children with ADHD the combination of medication and CBT is far more effective than either treatment on their own, and that the earlier these interventions are introduced the more effective the outcome is likely to be.  This also holds true for adults diagnosed later in life – the absence of medication in the treatment regime reduces the impact of CBT.  [Note:  I am currently looking at Dialectical Behaviour Therapy (DBT) as my preferred modality for ADHD but cite CBT and medication based on current studies].

When I took my Ritalin for the first time, I saw life with a clarity I had never seen it with before – even in the good times.  That it took a few chemicals to understand what this life was that every else was talking about should never be divined the right of anyone else to take away from me.  More importantly though, that rather than support people in their modes of treatment, it is more convenient to shame them and attempt to deprive them of their treatment speaks volumes for where we are as a society.

Should we look at medication as a viable treatment modality critically – for sure – but lets examine everything critically based on available scientific fact and not word of mouth opinions.

Whether you’re a parent of a child with ADHD, or an adult with ADHD, make the decision in the interests of the best Quality of Life you can make available.   Make informed decisions that at the end of the day you can in good conscience know that this was your choice, not anyone else’s who has no stake in your outcome.

And that may mean not medicating – but it was YOUR choice.

Me, I medicate and am unashamed to stand by the choice I have made.

All you need is love?