I had been listening to Adam Grant’s Ted talk on “The surprising habits of original thinkers”, initially excited at the idea that procratinators are more creative and innovative than the average person.  As someone with ADHD, and a history of chronic procrastination, the idea that being a procrastinator had a positive affect filled me with a sense of achievement, the like of which I’d never felt before.

But, without too much of a spoiler alert, that’s not really what he landed up saying, and my excitement was shortlived.  Since I’m not planning on unpacking the talk as a means of filling space in this blog let me just give you a quick precis wrap up of what meant – as with all things moderation is key, and that those on a specific arc of the continuum of procrastination are in fact more creative – the pre-crastinators and chronic procrastinators are equally lesser that (the one jumps the gun, the other overthinks) .  My levels of procrastination therefore do not qualify under that statement.

So then, as my train of thought is seldom linear, I had pivoted from procrastination to unpacking the idea as to how society still hangs onto the myths of ADHD.  How procrastination is seen as laziness rather than a real challenge that certain of our presentations face.  At this point I feel obliged to add the disclaimer “but its not an excuse” but I won’t because I am tired of making you feel OK about perpetuating myths that you have no idea about and how it affects us. 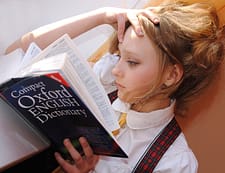 And then I pivoted to the word “Myth” and how we talk about the myths of X condition to  enlighten the unenlightened about facts they’ve never bothered to research for their own edification before parroting out something they’ve heard from the friend of a cousin of an uncle who works with the sister-in-law of his chiropractor.

DeMythtify ADHD – why not?  What does the word “myth” mean – at least to me?  I’m an avid fan of mythology, and often use the term with its original intent.  I’ve caught myself having to explain to colleagues when we’re having a heady discussion that when I refer to, say, Christian Mythology, I’m not calling Christianity a fairy tale, but rather framing my discussion around the accepted societal narratives that encompass the belief system.  It’s a neutral view on the beliefs told as passed down through the ages.  In fact, I see the concept of mythologies as special stories imbued with powerful embedded meanings, their origin in in a factual basis irrelevant in particular contexts.  And in mythologies there is an embedded truism beyond the story that represents a deeper understanding of the human condition.

Still with me?  Probably not.  But this is where I landed up – the common usage of the word “myth” reflects something very different from its original intent.  Now when we talk about myth we talk about an idea that has become widely held but generally false.  It almost always implies that the whole statement is false, a lazy acceptance of beliefs passed on with little critical thinking involved.  But when we boil the “myth” down to its essence, there is nothing left, no truism or depth.  The challenge though is that as a “myth” it has become pervasive.

But to take this a level up, an even more modern popular term could also be invoked – Fake News.  This epithet differs slightly in it seeks to create a belief that is widely accepted but has not yet fully cemented itself in the collective psyche.  We’ve all become familiar with these alternative facts which describe any scenario that may or may not be true but that the subject would rather have you believe is false or a counter-narrative to their reality. 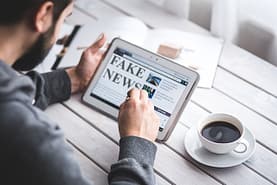 When correcting people on their erroneous beliefs on ADHD can I call those beliefs “myths”, or can I simply decry them as “fake news”?

Well, as I was scripting my thoughts, I thought I had it well reasoned to turn the tables on old terms only to second guess my premise and conclusion as I argued within as to whether an argument could be made at all.

My own takeaway from all of this, whether you’ve followed it or not, is that there are no “myths” around ADHD, at least in my preferred understanding.  But neither is there “fake news”.  In clarifying the scientific basis and understanding of ADHD we are not presenting a counter narrative or a self-edifying reason for our behaviour, we simply present our facts to be examined and questioned, entering into a dialogue that benefits both sides of the discussion.

From henceforth I will endeavor to present reasoned facts to dispel common false beliefs.  I will call out lazy acceptance of beliefs by encouraging a critical engagement with the available scientific data.

Let’s not soften ignorance with terms such as “myth” – let’s call it lazy thinking and correct it.

All you need is love?