Discrimination of Mental Dis-abilities is still a problem

A company is interviewing prospects for a new position opening at their offices.  The job advert is pretty straight forward with no specific indications that the candidate must be able bodied to fulfil the requirements.  In fact, a rider suggests that candidates who fulfil Employee Equity criteria will be considered favourably given that the company needs to improve its EE ratings before the year is out.

John arrives at Ukwazi Ltd for his interview.  Nervous about making a good first impression, he arrives early to find that entrance to reception is only accessible via stairs.  This presents a challenge.  John’s wheelchair is not designed to climb stairs, and in the absence of a ramp, he sits there looking a little perplexed at his quandary.  For a company looking to improve their EE rating they don’t appear to have considered the differently abled.  Eventually a helpful fellow shows up and redirects John to a lift, unmarked and around the corner, that allows him to attend the interview.

During the interview it becomes clear that the Ukwazi Ltd had only recently realized that their “Persons with Disabilities” stats had not fulfilled local requirements and they were on the verge of losing business unless they could improve their PwD score.   The challenge, it seemed, was that they had not anticipated that improving their scores would require them to make structural changes to accommodate persons with different needs. 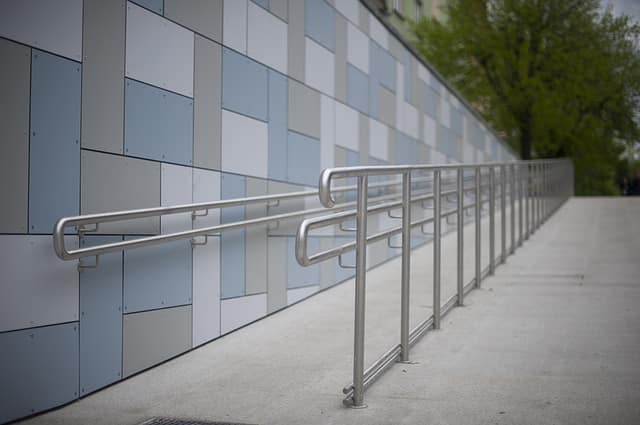 John aced the interview – he not only met the job criteria, but his qualifications put him ahead of all the other candidates for the position.  But John declined their offer, realising that Ukwazi Ltd were not ready to accommodate him without him standing out as The Other.

Does this sound implausible?  Not really.

In the early days of recognising the need that people with disabilities had to be protected from discrimination in the workplace a lot of companies fell short on understanding the ramifications of employing people with different needs.  I’m only 48 and can still remember when ramps were being hastily constructed to ensure that everyone had access to office buildings.

Companies had then started analysing job requirements beyond qualifications and cognitive skills and considered physical requirements for particular jobs where a person’s physical competency was needed.  Legally one could discriminate against a physical disability provided that it be shown that the position required specific physical traits in order to safely perform the required activities.

Occupational Risk and Exposure Profiles were developed to include questions around visual and physical competency where those competencies were inherent to the job.  It’s highly improbable that anyone would consider someone legally blind as being employable as a fuel tanker driver, but, in order to avoid the perception of discrimination, proof of minds being applied was necessary. 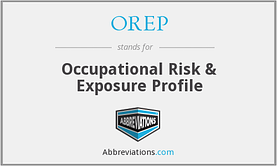 As industry matured it became commonplace that job adverts would declare these exclusions up front as full disclosure of legal discrimination and, where valid OREPs were available, was generally accepted.  The onus now lay on the applicant to ensure they met those requirements, and where necessary, to declare any disabilities that may be relevant to their application.

But is it that straight forward?

The EEA defines “people with disabilities" by set criteria:

Physical impairments tend to receive the lion share of attention because physical impairments are mostly visible, and/or manifestly diagnosable (or at least, diagnosed without much controversy).   And it’s generally accepted that a physical disability does not represent the persons mental capacity and capabilities (though at times stereotypical perceptions still prevail).

However, a challenge that still exists, though covered by exactly the same anti-discrimination regulations and guidelines, is the recognition, and accommodation, of those who suffer from “mental impairment”.

The term “mental impairment” conjures up images of straightjackets and drooling, blubbering disturbed persons standing on street corners shouting blasphemies at passer-by’s.   A bit harsh?  Perhaps, but in general when we see those words they’re normally accompanied by perjoratives like “retard”, “its all in their head”  and “it doesn’t exist”. 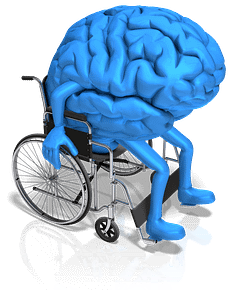 Mental Impairment is a “hidden disability”.   What you cannot see must surely not exist – right?

With exceptions, it is the impact on the lives of persons suffering mental dis-abilities, that is often overlooked because the difficulties they face are not seen – or simply regarded as a character flaws that must be overcome.   While some recognised conditions may be detectable physically to the average joe, for the majority, their outward appearance belies their internal struggles with their neurology and interactions with the world at large.

The impairment is out of sight (while biologically speaking we see with the brain, we cannot see the brain under normal circumstances), but it is no less real to the person with it.

So what are these hidden disabilities that are generally accepted within the ambit of Employment Equity?     The following list is a fairly representative list of those conditions that meet the criteria as previously indicated:

Unlike physical disabilities (at the category level definition) these conditions operate on a broader continuum where their presentation and impact on an employee’s capabilities are nuanced both by the severity of the condition and/or their management.  While this does make managing a company’s response a little more challenging, the EE Act is clear that, in the event of substantive impairment, reasonable accommodation must be available.  It also requires that discriminatory actions are not tolerated.

And yet, if one considers the list presented above, there is still significant social stigma and ignorance attached to these impairments that people are too afraid to declare their disability, and worse still, request those reasonable accommodations.

People with Major Depression or Anxiety Disorders still have to hide in the shadows because they’re weak and will eventually come around?  The amount of paperwork and “burden of proof” to even get a company to accept the required declaration is only their starting point! When, if they haven’t suicidally ideated the length of time it took to get recognised, they arrive at the discussion on accommodations they find themselves stonewalled by bureaucracy who fail to recognise what “reasonable accommodation” is – and generally the concern, on the part of bureaucracy, is that accommodating sets precedent that others may want.

One of the biggest challenges facing reasonable accommodation within the mental impairment category is the failure of organisations to move away from draconian styles of management.  Consideration of flexible working hours, private spaces or even working from home seem out of reach when it may be all that is needed to accommodate someone’s needs.

Now I am not naïve to the concern of exploiting reasonable accommodations for an individual’s preferences, but I am annoyed that if it’s needed that discrimination comes before redress.  It comes full circle back to the invisible disability – the onus lies on the affected to prove beyond a reasonable doubt to a system that still doesn’t fully accept it exists.

If I am paraplegic I cannot walk – you see it, you’re unlikely to ask me to produce medical records indicating when I became paraplegic, and you accept that I will need certain accommodations.   Yes, challenges remain because even for those accommodated the battle against pervasive stigmatisation and perceptions remain.

But if I have ADHD.  Wait.  Let’s not use the “But if” – let me recount an experience soon after I was diagnosed when trying to explain to someone in management the impact of ADHD on my career path.  “Oh Shane, we’re all a little ADHD.  I mean just look at me.  And I can tell you a lot of the people on my team have ADHD tendencies.”

How would that conversation play out with a paraplegic?

“Oh John, we’re all a little paraplegic. I mean just look at me. And I can tell you a lot of the people on my team have paraplegic tendencies.”

How would that end? John could consider a grievance of discrimination that HR would take seriously, but I’m inclined to believe that my case wouldn’t get the same attention.

When I first tested our Employment Equity system on my being able to declare my ADHD as a mental impairment I was asked initially to not formally declare it because of the administrative hassles it would cause. When asked whether my declaration required accommodations my only request was to ensure that in a new office revamp that I would be accommodated by preserving my space as a relative distraction free zone. On the strength of a “ladies agreement” I had agreed. And that was my mistake. I returned from leave only to find my preferred space vetoed and found myself seated right in the centre of distraction – my only solace, when I had given up complaining – was that I knew I only had a few months before I left. But the message was simple – your condition doesn’t warrant our consideration.

I did say that industry has matured but even in my brief stint on the disability committee newly set up (in 2019!) I came to hear from others that the authoritarian nature of our organisation made it clear that accommodations are extended only as far as the legal minimum. Simple requests like ensuring that someone in a wheelchair’s workspace is located closer the toilet facilities is plagued with red tape and obstruction by the need to keep them as close as possible to “their team”.

If people with physical disabilities are still struggling to have their voices heard and their personal dignity valued, how much harder do those with mental disabilities need to work?

I believe that more people with these “hidden disabilities” need to start being unafraid to speak out when they feel that their impairment is limiting their employment or access to promotion when very simple accommodations could be considered to mitigate that limitation. The right to declare a functional impairment must be preserved and the right to reasonable accommodation must be available. People with mental impairments can thrive in environments that are friendly to their peculiarities, and people in general will always thrive when they feel accepted and valued for who they are and what unique value they can bring to the table.

One of my objectives is to challenge the accommodations of persons with ADHD because I know from personal experience that my neurodivergence adds a lot of value, the ability to see things differently and to always be chasing the shiny things rather than rinse repeat the old and tried – when it is not stifled or ignored, when it’s not forced into a neurotypical world and measured against the neurotypical experience you will find that persons with ADHD have a lot to offer organisations in a world where change is exponential.