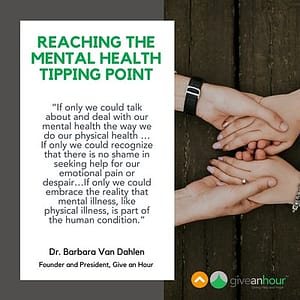 Living online during the Coronavirus it’s become the norm to see articles [see below for some examples] on the uptick in Mental Health issues people are facing. Or at least the presumption that there has been an increase in Mental Health problems related to the substantive change in living circumstances.

Depending where you are in the world you may have been “locked down” and forced to work from home, isolated from anyone who is not living in the same home. And whether that lock down was voluntary or enforced, the political narrative across the spectrum has been loaded, ambiguous and, quite frankly, overtly about power and economy rather than the wellbeing of its people. This cosmic mix of isolation, uncertainty and political claptrap has constituted a perfect recipe for increased levels of anxiety and depression.

But the question that really needs to be asked is “Who really cares?”

Having worked in industry for 27 years, I can tell you that Industry doesn’t care. We know the politicians don’t care, so who does care?

The holy grail of Mental Health awareness is getting most people to even believe Mental Health matters. And that’s the challenge – unless you have been directly affected by Mental Health issues, unless you have personally crawled deep into the belly of darkness, you are more likely to believe that people just need to “man up” (as I am a “man”, I am simply alluding to words that I have heard before).

I’ve learned that there is no place for the recognition of real Mental Health issues in the workplace, and there is zero appetite to create an awareness of understanding what Mental Health challenges there are and how to manage them. Why? It’s less about the bottom line impact, because that certainly should be a factor (though not for the reasons it would be presumed), and rather about the inconvenient truth that it may require management* to change their own culture.

*I use the word management as opposed the term “leadership”.  Leadership assumes that those in position of power “lead” which then presumes that this matter is not an issue.  Experience has shown, particularly in South Africa, that management still clings to the old Calvinist hierarchical structures that determine an employee’s worth and competency by their distance from the centre of power.  Evidently this is the same model that governments around the world are currently using, deeming the average citizen as lacking to ability to process real time data on the coronavirus and instead fed only what we can digest.

Companies run Employee Well-being Programs (EWP) where they offer tips on Nutrition and Healthy Exercise as the cornerstone of Mental Health. Campaigns will be held on Sleeping Better and developing a healthy Worklife Balance to improve Resiliency. And the common thread running through their propaganda is “It’s all up to You”.

Wait…isn’t it? Surely eating better, running around the block and getting my 7-8hrs sleep a night is my responsibility? And the answer has to be yes, but not entirely.

Let’s consider the current pandemic. If I slept better, ate a nutritious meal and, if I am even allowed to exercise, I’d probably improve my resiliency from succumbing to the worst of the virus (though that is not yet cast in stone). But is that enough? We’ve also rapidly had to learn that our natural propensity for social contact has had to be tempered. “Wear a mask”, “Don’t kiss or hug” and “Ensure that you’re at least 2m apart from anyone else around you” are the new mantra’s. The new reality being that anyone outside of Me may be my death sentence – I must be responsible for my part but I’m relying on others to play their part.

So I’ve done my bit but some asshole has decided that this is all a conspiracy and actively spits in my face to make their point. Two days later I am dead – sound farfetched? Not according to this article: UK rail worker dies of coronavirus after being spat at while on duty.

So why do we treat Mental Health differently in the workplace?

Management tend to view Mental Health as an individual exercise of coping with life, but tend to ignore the working environment’s contribution to an individual’s Mental Health. And yet we have our own fatal viruses being tolerated in the workplace – Corporate Psychopaths, Toxic Teams and Apathetic Managers. “Bullying in the Workplace” is a commonplace term searchable on Google – and the irony is as adults we’ve come to accept this workplace bullying while at the same time decrying that occurring to children. 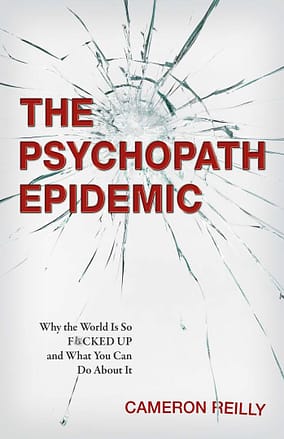 Once a workplace becomes unhealthy it really doesn’t matter how much care you take to tend to your own Mental Health, because there is a point where you get spat on by A N Other.

And the reality is that both the culture and the perpetrators originate at the levels where change needs to happen.  Speaking out against it only invites scorn, and seeking appropriate help is generally met with resignation – “What can we do, we don’t have political power?”

This is not some nightmarish dreamed up scenario – I’ve experienced it, and in the end, my only choice was to leave it.  But I’m not alone – when you talk to people working for big companies you hear the same sad story. Yet people feel trapped by the responsibility of raising families and keeping their heads above water, unable to escape unhealthy environments.

Provision for the Health and Safety of employees is made via Occupational Health Act and Regulations (different countries will have their own variation of OHS Act) but the tendency is to focus on physical safety.   The rationale historically, I believe, is that these Acts are rooted in the Industrialization era where the average worker was exposed to largely physical and chemical hazards.  But the average worker is no longer toiling in harsh environments, large numbers of employees now work in office spaces which rely on more interpersonal interaction to remain productive – and are then more exposed to the psychosocial stresses of the workplace than perhaps an operator working on a filling line.

A psychosocial hazard or work stressor is any occupational hazard that affects the psychological and physical well-being of workers, including their ability to participate in a work environment among other people.]

And in these spaces competition for attention is more about your ability to navigate power politics to stake your tiny piece of territory, than it is about getting the job done.  Now, of course, you may think keeping your head down (a phrase I learnt to loathe) would be the ideal way of getting your job done.  Why get caught up in the petty struggles of would be tyrants when you could just do your bit and go home to your family?  The sad reality is that that only works if you’re content with being a pawn in someone else’s game and have no aspirations of being anything more than a worker ant scurrying around aimlessly until you die.

Companies need to start waking up to their responsibilities.  Reframing Organizational Cultures with clever phrases and consultant bought values often fails the test when the expectation is a bottom up implementation with little top down authenticity.  Until CEOs realise that  management practices and styles directly impact the real culture of the organization rather than employee buy in, Mental Health will always be a neglected priority.

Last year the  American Heart Association CEO Roundtable published a report - “Mental Health:  A Workforce Crisis”- that shows empirical evidence on the increasing impact of poor Mental Health on the bottom line of companies and the effect on the workforce.  They present a clear business case for investing in Mental Health as a priority for growth and sustainability - are you willing to "CEO up" and take the challenge?

The tide is turning – finally.  Companies that continue to provide safe haven for psychopaths and apathy will see their decline as employees start turning to companies that actually give a damn about the Mental Health of their employees. 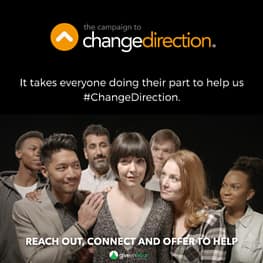 Final  note:  My online resources and campaigns I have followed for the past 3 years are all American - Change Direction, Mental Health America (MHA) and American Heart Association.  We desperately need South African organisations who can pool similar resources to make mental health in South Africa a priority.

*Credit to the one and only Queen - lyrics from their I'm going Slightly Mad (Innuendo, 1991)

How the bottom of the bottle made sense to my life